•••••
Article code 10325874
The Dunlop Rapid Power 3.0 is a padel racket in the color black with orange. Characteristic of this Dunlop padel racket is the hybrid shape of the racket blade. 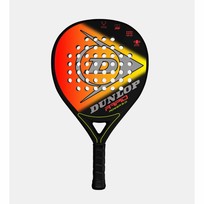 •••••
Article code 10325877
The Dunlop Rocket Ultra Orange is a padel racket in the color black with orange. A characteristic of this Dunlop padel racket is the round shape of the racket blade. 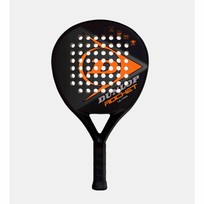 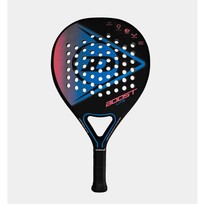 •••••
Article code 10325872
The Dunlop Boost Attack NH is a padel racket in the color black with blue. Characteristic of this Dunlop padel racket is the hybrid shape of the racket blade. In terms of shape, it is a combination between a round and diamond shaped racket. 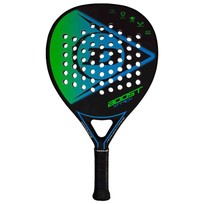 •••••
Article code 10325870
The Dunlop Blitz Attack NH is a padel racket in the color black with green. A characteristic of this Dunlop padel racket is the hybrid shape of the racket blade. In terms of shape, it is a combination between a round and diamond shaped racket. 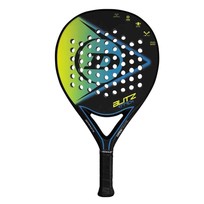 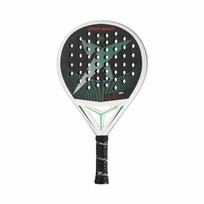 •••••
Article code 3800068
The Drop Shot Explorer Pro 4.0 is a beautiful padel racket in black and red colors. Due in part to its teardrop shaped design, the padel racket is especially suitable for advanced recreational or top players! 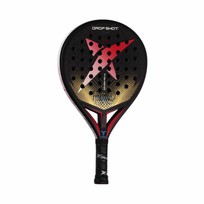 •••••
FZ FORZA Classic Power is a really good choice for beginners. The round shape of the racket helps you to generate power, and the EVA soft foam helps you to control the ball. A perfect beginner padel racket. 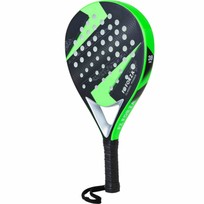 •••••
The Drop Shot DSI Finura Padel racket is for the starting padel player, who's looking for control and comfort. 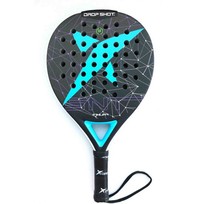 •••••
The Drop Shot DSI dynamic pro is a stylish padel racket in the colors black and grey/white. Due to the weight of approx. 360/365 grams, the racket is suitable for many different padel players. 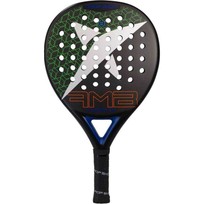 •••••
FZ FORZA Supreme Power is for the player with high focus on power. 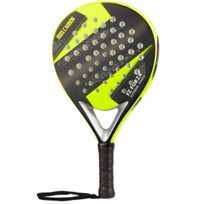 You have been playing padel for some time as a recreational player, and you probably started with a round and light padel racket. You would like to buy a new racket, but which type of racket would be best for you? If you have mastered enough technique and are looking for power and control, you can choose a teardrop-shaped padel racket. If you are a padel player who does not play with power, it is better to order a round padel racket. This will give you more control and a bigger sweet spot.

As a recreational padel player, you have already gained a lot of experience, and you have enjoyed intensive rallies. Your technique is getting better and better. Under recreational players, we count both good players and players who are still learning. Some players play competition matches and others play just for fun. Choose a padel racket that suits your level, style of play and wishes. Pay attention to the shape, weight and specific characteristics of the racket.

Which padel racket is right for me?

If you are a beginning padel player, you probably started with a round padel racket. You might have noticed that you do not hit as hard as your opponent, who plays with a teardrop-shaped racket. This type of padel racket is in most cases the next step for the recreational padel player, which can improve your level of play (if you have the right technique). So choose a teardrop-shaped frame if you want to take your game to the next level with another type of racket. Of course, this will require an adjustment in your playing style, as these padel rackets react differently.

Besides the shape of the blade, it is also important to take into account the weight. It is recommended to play with rackets between 365 and 375 grams. You can choose heavier padel rackets for the extra power, but the result is less maneuverability and control. We also recommend choosing 38mm thick rackets (almost all padel rackets for this level).

To make things even more complicated, there are also round padel rackets which are certainly suitable for padel players playing at a recreational level. Nowadays, these rackets are being developed with customized weights, balance points, etc.

Advantages of a teardrop-shaped padel racket

A teardrop-shaped padel racket has the great advantage that the racket is suitable for many recreational and advanced padel players. In general, these rackets have an all-round/attacking character. The sweet spot of the racket is located at the top of the racket, which makes it easier to hit those delicious power strokes. In addition, the maneuverability of a teardrop-shaped padel racket is better, and they are often balanced. Power and control are key.

Are you an injury prone padel player? In that case, choose a light padel racket. A light padel racket is easier to handle because it has less resistance. This allows you to move the racket faster and return the ball well. A light racket is also ideal for the more injury prone players as it reduces the strain on your shoulder, elbow etc. The disadvantage of a light weight padel racket, is the lack of power. Mass = power. Fortunately, various technologies can partly compensate for this.

What are the differences between padel rackets?

A padel racket can differ in shape, weight and materials used. The heavier padel rackets are suitable for powerful players who have a lot of technique. The lighter rackets are suitable for players who are just starting to padel, who are prone to injuries, or who want a more maneuverable racket. And then of course you can choose between a round, Tear drop shaped or diamond-shaped racket. The rackets are made of glassfiber, carbon or a combination of these materials.

Which brand of padel racket can I order?

At KW FLEX racket specialist, you can currently choose from the padel brands Drop Shot and FZ Forza. Especially, Drop Shot is a very well known brand in the padel world. Absolute top padel players play with these rackets, but fortunately they also have developed rackets that are suitable for beginning padel players. In the coming months, we will expand our assortment.

Order your padel racket at a sharp price

As a beginning padel player, you probably first want to find out if you will enjoy the sport for a long time. Also, you still need to learn all the techniques and gain experience with the game. Therefore, it is understandable if you don't want to spend too much money on your first padel racket. Fortunately, at KW FLEX racket specialist, you can buy new padel rackets for a competitive price and get to know this beautiful sport.